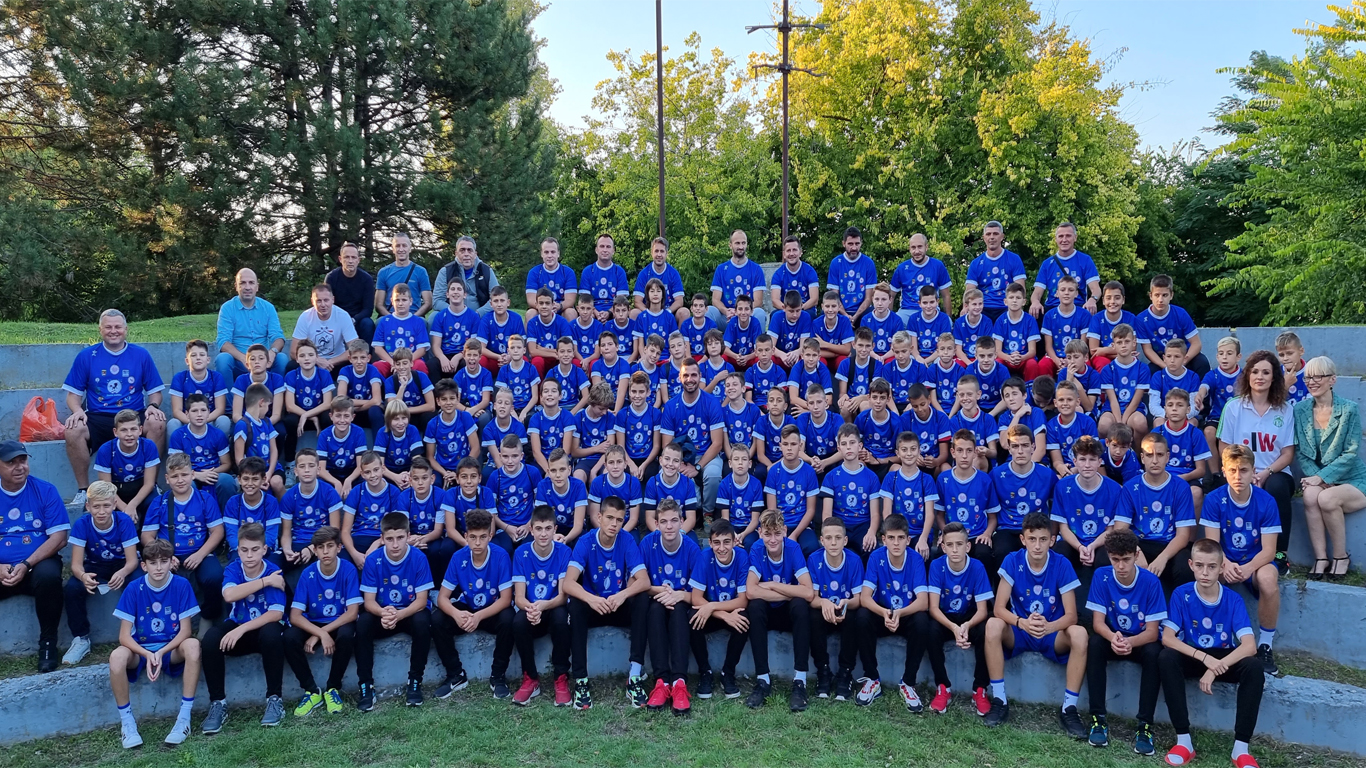 The region got 130 new “life champions” who attended the educational-sports camp of the same name at Palić. For four days, football players of younger categories from the region, along with their coaches, learned about life values, trained and gained lifelong friends, showing by their own example that a strong region is based on cooperation, togetherness and making connections.

Gathering of the same format on Zlatibor in June preceded the camp at Palić, as well as a seminar for coaches in February, which means that the family of “life champions ” now consists of almost 400 children from Grafičar Belgrade, Sloga Doboj, Željezničar Sarajevo, Pelister Bitola, Gorica and Maribor.

“In one extremely difficult and challenging year, we have ensured that almost 400 children and coaches participate in all activities, training, educational and entertainment programs adapted to the participants’ age. We managed to offer something new, all guided by the idea that sport should be not only in the function of top results, but also to the creation of top people, and that is what we constantly remind ourselves of – what we want is for all young athletes to be great people. It is a big honor for us that the idea was recognized by clubs from the region, because they see this concept not only as an opportunity to learn something new, but also for the region to start connecting in a healthy and constructive way. The greatest success of our program is when parents ask:”And when will the generation of our children participate in the camp”, which gives us additional motivation”, said the program director of Development Center for Youth and creator of the idea, Aleksandra Knežević, on behalf of the camp organizers.

Important part of the gathering at Palić was the safety of the participants and therefore all of them, regardless of age, were tested for COVID19 before arrival.

Camp is part of the project “Standing Together for a Healthy and Safe Community” supported by the European Union’s Erasmus+ program. Goal of the camp was to contribute not only to the adopting of new knowledge and encourage regional cooperation, solidarity and fair play, but also to enable it to be attended as a free activity by those children and youth whose financial opportunities would not allow it. All participants received a set of equipment as a gift.

The project coordinator is Development Center for Youth from Belgrade, and the consortium brings together partners from the youth, education and sports sectors from Serbia, North Macedonia, Croatia, Slovenia, Bosnia and Herzegovina and Turkey.

Media partner of the project is TV Arena Sport, and help for the camp was provided by the Aqualab laboratory, AMS insurance, Energize and Vrnjci Water.