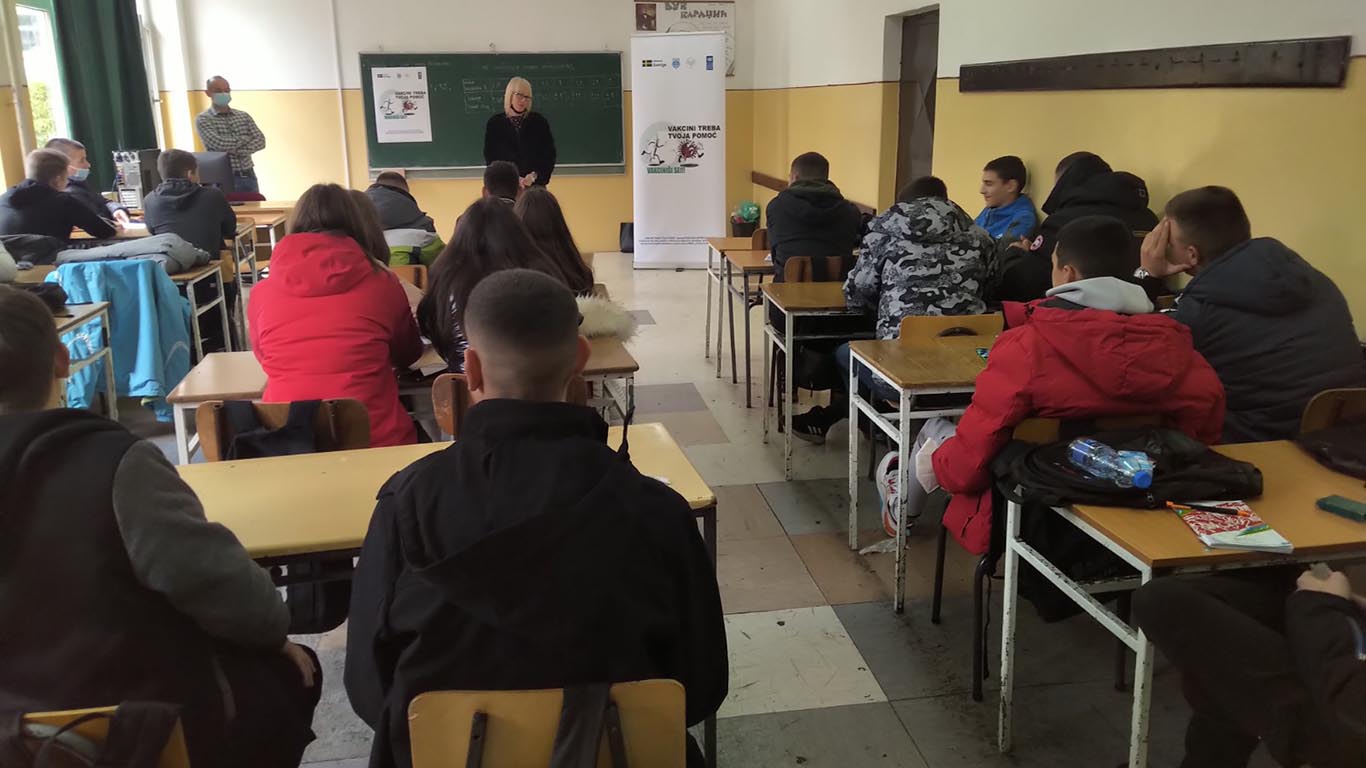 Activities within the project “Vaccine needs your help” continue, and this time educational-informative tribunes were realized in both high schools on the territory of Raška – Gymnasium and high school “Kraljica Jelena”.

With the representatives of the Development Center for Youth, the tribunes were attended by members of the Municipality of Raška, and the goal was to present the importance of the immunization process to young people in a clear and understandable manner. Tribunes were also used to collect the most common questions of young people, in order to then, in the form of a video, offer young people concrete answers to them.

Discussion pointed out that young people are not irresponsible, but they want to have all the important information, and that direct conversation and instructing young people that answers to questions are available to them is actually the best way for this target group to see the importance of immunization for further functioning. We found that young people are interested in a different immunization issues – from the structure of the vaccine to potential side effects after receiving it, which once again showed that young people cannot be characterized as disinterested, but simply as a target group that wants to bring informed decisions based on clear and precise information available to them.

During the realized tribunes, which were characterized as “targeted fast interventions” in the classes of both shifts in agreement with the management of the involved schools, at least 400 high school students received first-hand information, thus fulfilling another goal of the project “Vaccine needs your help” which refers to direct informing of youth.

Visit to Raška was also used for agreements regarding the preparation of the second video with the most common questions of young people regarding immunization and answers to the same, as well as the planned targeted online campaign, in order to reach as many young people, not only from Raška, but also from neighboring municipalities.

Project “Vaccine needs your help” is implemented by Development Center for Youth. Initiative is part of a broader project “Accountable Public Finance Management Platform” implemented by the United Nations Development Program (UNDP) and funded by the Government of Sweden.