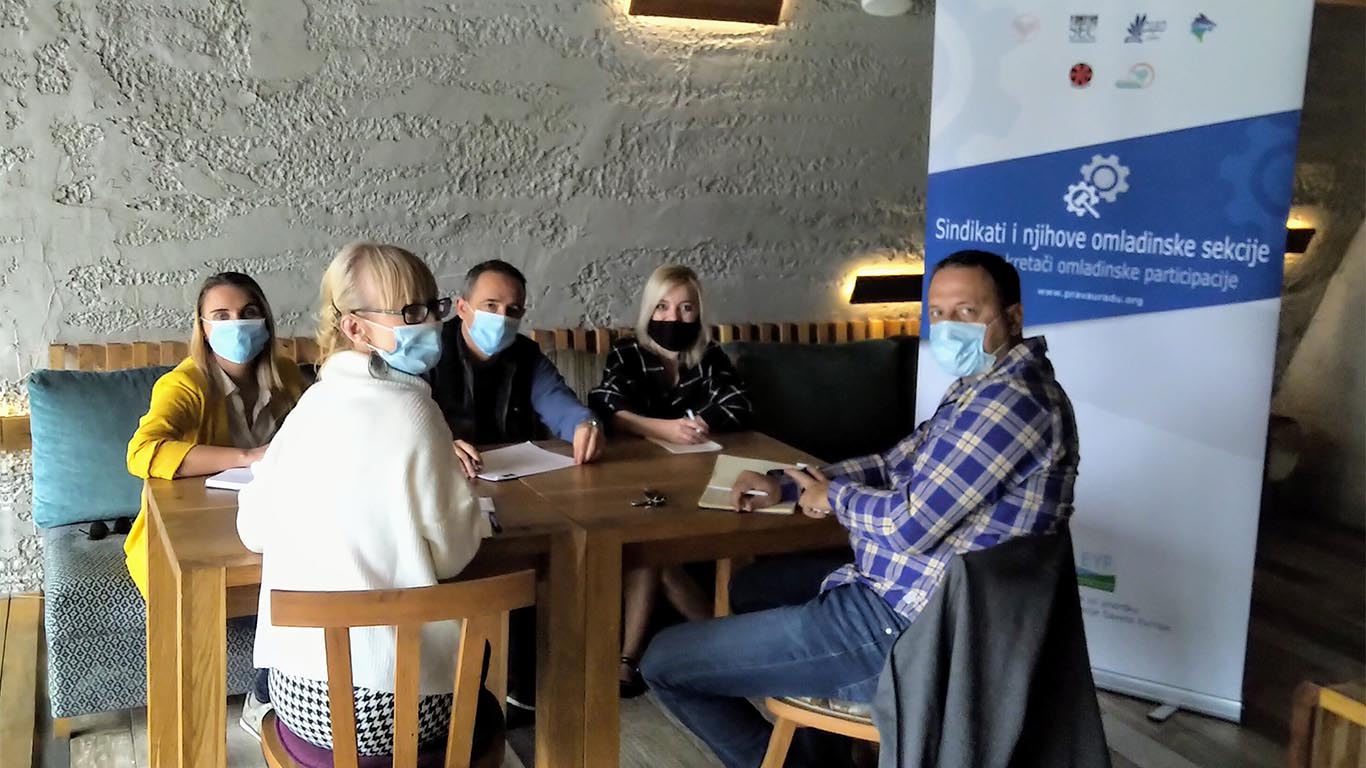 Partners on the project “Trade unions and their youth sections – new impetus for youth participation” gathered on October 8-9 in Sarajevo (Bosnia and Herzegovina) in order to exchange impressions about the outcomes and challenges of previous activities, but also to consider potential directions for further action, both during the project and after its completion.

This meeting was held with full respect for epidemiological measures, after a series of online consultations, with awareness of partner organizations that now is the time to intensify project activities and that the exchange of ideas on this topic is necessary, guided by the fact that in these specific times the whole world has faced with, the role of trade unions proved to be more important than ever, mostly in terms of protecting various human, but above all labor rights.

Faced with numerous challenges due to COVID-19 pandemic, the partners noted with satisfaction that despite occasional changes in the dynamics and format of activities, everything planned was realized – from the initial research on youth activism within the trade union, the Trade Union Academy for Young Activists, local educational and promotional activities in the countries included, to the campaign “Trade Union is IN – join, act, influence”.

Partners also exchanged views on the final activity – high-level conference, which should lead to the planning of new steps aimed at building a positive image of the trade union among young people and pointing out the importance of trade unions for youth activism. Readiness of the partners to dedicate themselves to the organization of live meeting prevailed, noting that it is necessary to elaborate in detail the alternative – holding an online conference in case the epidemiological situation worsens. 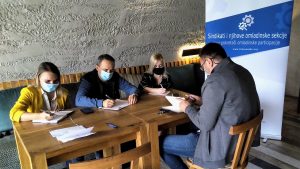 “Giving up the planned was not, nor is it currently an option, since in the previous period, out of fear of uncertainty and the need to get right information, young people approached the trade unions themselves to consult and seek for legal advice or protection. This has been the best indicator that we are on the right path, and that trade unions have the potential to regain their role as promoters and protectors of labor rights among young people. Trade unions are structures with a large number of members and the potential to act in the community, and we believe that empowered and reformed, they can contribute with new energy and ideas to the activities of the civil sector. We consider the contribution of young people to be especially important and we will do everything to bring young people closer to the possibilities for acting in and through the trade union, “said at the meeting Aleksandra Knežević, project coordinator.

Project “Trade unions and their youth sections – new impetus for youth participation” is implemented by Development Center for Youth from Belgrade in partnership with the Trade Union Education Center from Banja Luka, Union Center for Education and Training from Skopje and COSMO from Podgorica, involving young people from Slovenia, Greece and Albania as well. Project is supported by the European Youth Foundation of the Council of Europe and will last until the end of December 2020.